About Swami Family Restaurant In Malvan

Malvani cuisine is the fasvorite cuisine of the Konkani people of Maharashtra and Goa. Malvani cuisine is predominantly non-vegetarian, there are many vegetarian delicacies like “Ukadiche modak”, “Amrakhand” . Although it is an independent cuisine, it overlaps Maharashtrian and Goan cuisine.

Malvan is located in the Sindhudurg district on the western coastal region of Maharashtra. As Malvan being a coastal area of Konkan region, it has its own distinct way of food preparation. Malvani cuisine uses coconut in various forms such as dried, fried, paste and in form of coconut milk.

Many spices with dried red chilies and other spices like coriander seeds, peppercorns, cumin, cardamom, ginger, garlic are main ingredient of Malvani dishes. Some dishes also use kokum(Aamsul), tamarind, and raw mango.

As a coastal area, Fish dishes dominate the Malvani cuisine. The fiery seafood curries may quite spicy for some people, but are tasty, too.

Kokam curry (Sol Kadhi) is a appetizer made of the kokam juice and Coconut Milk, often drunk after meal as it is very soothing. 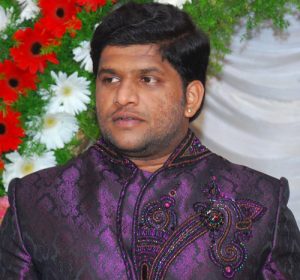 Rushikesh Penkar has over 6 years of experience in the hotel industry. He is a diploma holder from Mumbai universitry, has traveled extensively in all over the India. Before founding Swami family restaurant which created the name in Malvani cuisine, He is a foodie by nature, a successful entrepreneur, an innovator, a visionary and a mentor for many of his colleagues. Malvani cuisine remains his favored food and so does Marathi actors and actress. He has been very active in reaching out to celebrities and stars involving them to stimulate his brands. Celebrities like Film/play Director Kedar shinde, Film Actor/actress  are frequent visitors of Swami family restaurant in lvan.
He believes in working to the creative aspects of business with patience and with the right strategy. His sternness towards achieving his business goals comes with a candid and compassionate heart.